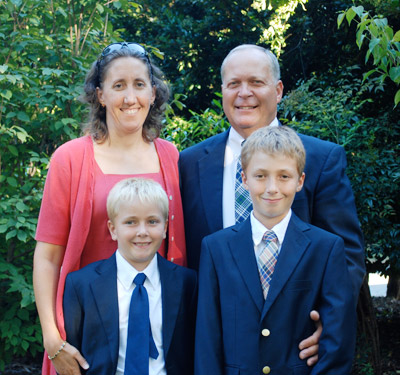 John began his ministry at Saint Peter’s-in-the-Mountains on May 4th, 1998. He also serves as the Executive Director of the Phoebe Needles Center. He holds a BA from the University of the South (1981), and an MDiv from Virginia Theological Seminary (1989). He was ordained a priest in the Episcopal Church on July 25th, 1991. After graduation from seminary, John served as the Chaplain for Outreach Ministries at the University of the South from 1989 to 1991. From 1991 – 1998, he served as Assistant Rector at Christ Church of the Ascension, Paradise Valley, AZ. While there, he met his wife, Delia. They have two children, Benton and Peter, and one dog, “Zippy”.